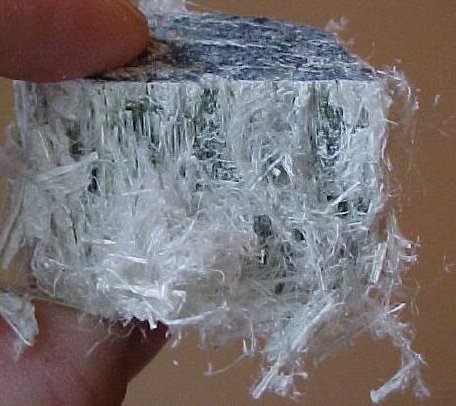 Asbestos is a naturally occurring silicate mineral found throughout the world and is known to have been a global contaminant for thousands of years.

The first recorded use of asbestos as woven textiles for clothing was more than 2,000 years ago by the Ancient Greeks and Romans but we did not start to fully exploit its potential until the Industrial Revolution in the late 1800’s.

Asbestos was referred to as the “magic mineral” as it was extremely versatile with many favourable qualities. Asbestos fibres are excellent thermal insulators which do not burn or conduct electricity. They also have good sound absorption properties, resistance to acid and condensation together with high tensile strength. Asbestos ore was easily mined, available in abundance and relatively cheap to import for the cotton mills which turned the fibres into thousands of different products for use in ship building, engineering, construction and the automotive industries.

Despite observations of a ‘sickness of the lungs’ of the slaves who wove the mineral into cloth by roman historian Pliny the Elder, the dangers of asbestos were not recognised until the mid 1900’s by which time it was too late for many who worked in the factories manufacturing asbestos products.

Laws were introduced to protect workers and were gradually tightened until finally in 1999 the UK banned all imports and use of asbestos. Many products remain in our buildings awaiting unsuspecting maintenance workers leaving behind a legacy of more than 5000 deaths a year in the UK alone from asbestosis, asbestos related lung cancer and mesothelioma.

Since 2004, anyone who has responsibility for maintaining or repairing (this may be the owner, tenant or managing agent) a non-residential building (apart from the common areas of a block of flats for example) must assess and manage the risks from the presence of asbestos.

The risks will vary with circumstances and can arise from the normal day-to-day use of a building or from inadvertent disturbance during its repair, refurbishment or demolition.

The purpose of the survey is to help the dutyholder manage asbestos in their premises by identifying asbestos containing materials. The survey has to provide sufficient information for: an asbestos register to be prepared, a suitable risk assessment to be carried out and a written management plan to be produced.

HSG264 ‘Asbestos: The survey guide’ describes two different types of survey: ‘management’ surveys and ‘refurbishment and demolition’ surveys. The type of survey necessary will vary during the lifespan of the premises and several may be needed over time.

A management survey is the ‘standard’ survey and its purpose is to identify any suspect asbestos containing materials likely to be disturbed by the normal occupation and maintenance of the building, and to assess their condition. The survey can involve a combination of presuming and/or sampling and analysis to confirm the presence or absence of asbestos.

A refurbishment or demolition survey will be necessary when the building (or part of it) is to be upgraded, refurbished or demolished. This type of survey is used to locate and describe all asbestos containing materials in the area where the refurbishment work will take place or in the whole building if demolition is planned. The survey is fully intrusive and involves destructive survey to gain access to all areas. There is a specific requirement in the Control of Asbestos Regulation 2012 for all asbestos containing materials to be removed before major refurbishment or demolition. This survey does not normally assess the condition of the asbestos and should only be conducted in unoccupied areas. Ideally, the building should not be in service and all furnishings removed. 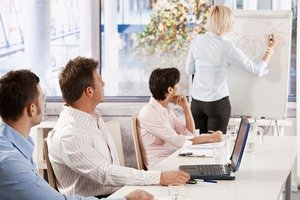 Mandatory training for anyone who’s work may bring them into contact with asbestos or
manage such work. 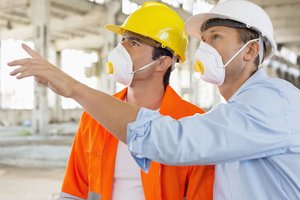 Combination of visual
inspection and sampling to
identify where asbestos
containing materials are located. 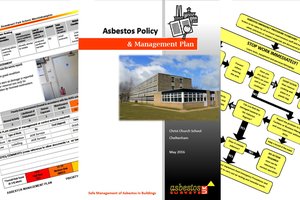 Written policies and procedures unique to your organisation describing how you manage the asbestos in your buildings.

Free, impartial, professional advice regarding your duties
under the latest legislation and how to comply.

Services tailored to you >>